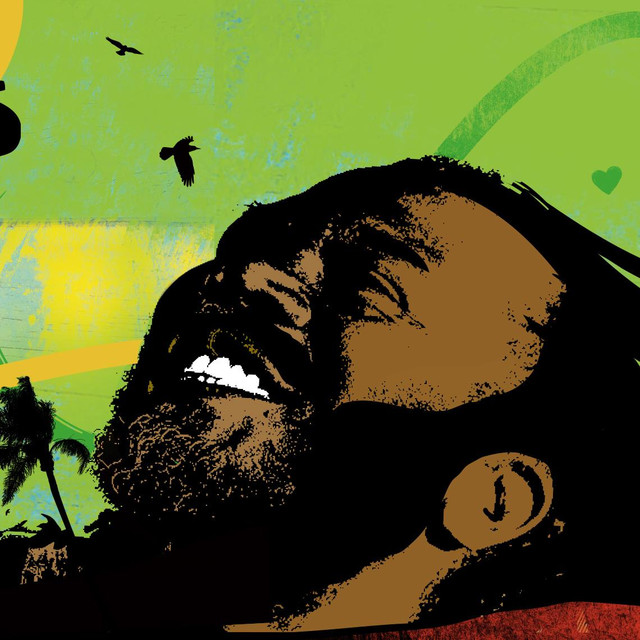 THE album for this summer!! This is no ordinary album release from an ordinary artist. Levi has a unique story which many already know, but he also has a rich pedigree in music which many don’t know about, and its this combination that gives him the ability and justification to record and release this exciting new project.

Charismatic Sauce-man and Entrepreneur, Levi Roots first shot to fame on BBC2’s Dragon’s Den in 2007, when defying the odds with his spirited Reggae Reggae Sauce song, he charmed dragons Peter Jones and Richard Farleigh into investment in his tangy homemade Reggae Reggae Sauce. With a speedy launch at Sainsbury’s only a few weeks later, the sauce flew off the shelves, outselling even Heinz Tomato Ketchup and it’s been a whirlwind ever since.

As well as his wide range of food, sauce and soft drinks products, Levi has released a 6 cookbooks and a business book. Levi’s sixth and most recent book, Grill it with Levi, is a collection of his BBQ recipes and was released by Ebury in May 2013. His other cookbooks include Sweet (July 2012), Spice It Up (July 2009), and 3 further top-selling cook books: The Reggae Reggae Cook Book, Caribbean Food Made Easy and Food with Friends. His business book, You Can Get It If You Really Want, was released in 2011. The Levi Roots Brand continues to blaze a trail while Levi’s warm and infectious ethos of Caribbean Sunshine continues to put music into food, and life everywhere across the nation.

What’s really interesting though, is that Levi was always a talented musician first and foremost, before the big lucky break on Dragons’ Den. Levi has always wanted to release commercially accessible reggae, and many don’t know that he was actually a MOBO nominated musician. Music and food have always been his passion, and now finally the album has come. And it’s no gimmick, this is the real deal. With the majority of the songs co-written and co-produced by Levi, as well as 3 fantastically different but well-known covers, this is an album of strength and depth, ranging from roots inspired reggae with beautifully crafted melodies, to a brilliant cover of the inimitably catchy “Don’t Worry Be Happy”! There is certainly something for everyone on this album. The first single “Jam In The Streets” is an infectious summer song that you can’t help singing along to! Quite simply, we invite you to listen for yourself…