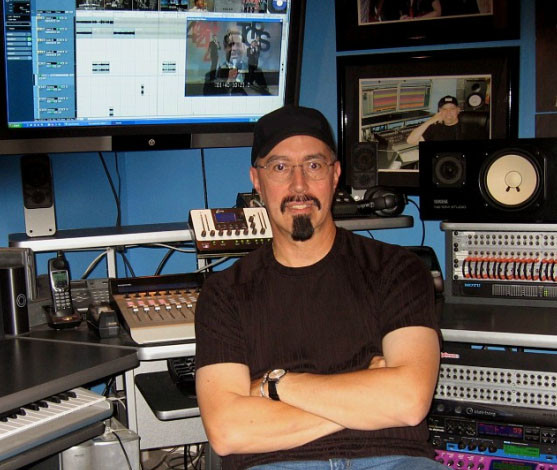 Notching up 500+ tracks over the last 30 or so years, John has mixed and produced some of the biggest dance music tracks of all time, and is most famous for being involved in producing hits for Jocelyn Brown, First Choice, Inner Life, Teddy Pendergrass, Candi Staton, Loletta Holloway, Skyy, Universal Robot Band, War, The Fatback Band, Salsoul Orchestra, Logg, Brass Construction...

As as DJ, John did guest spots in clubs all over the Bronx and New York, starting at Stardust Ballroom (where a young John "Jellybean" Benitez had worked) before going on to play at 1018 and Studio 54.

John started his production career making his own edits before getting his first real breaks with Greg Carmichael and Patrick Adams.

With M&M Mixes production partner Sergio Munzibai, John is the man behind what seems like an endless list of salsoul and disco classics, the likes of which were played by Larry Levan at the legendary Paradise Garage, as well as influencing the likes of Arthur Baker, Juan Atkins, Marshall Jefferson, Dimitri From Paris and so many more.

As well as spinning at the Southport Weekender, John has played all over Europe, and did the Paradise Garage Tour this year with Victor Rosado & Lenny Fontana. John and has also played at the likes of Horse & Groom, East Village and Alibi in London, Bar 137, Zunday Zocial, Soup Kitchen and Leaf Cafe.

A recent quote from 5chicago.com: "In music, and especially in underground music, the word 'legend' is thrown around to the point where it loses all meaning. What is a legend? It's someone who broke the mold - someone whose sounds, techniques - even his style - changed things forever. It's a pioneer that everyone who followed after emulated, whether consciously or not. In dance music, the person you're talking about is John Morales".